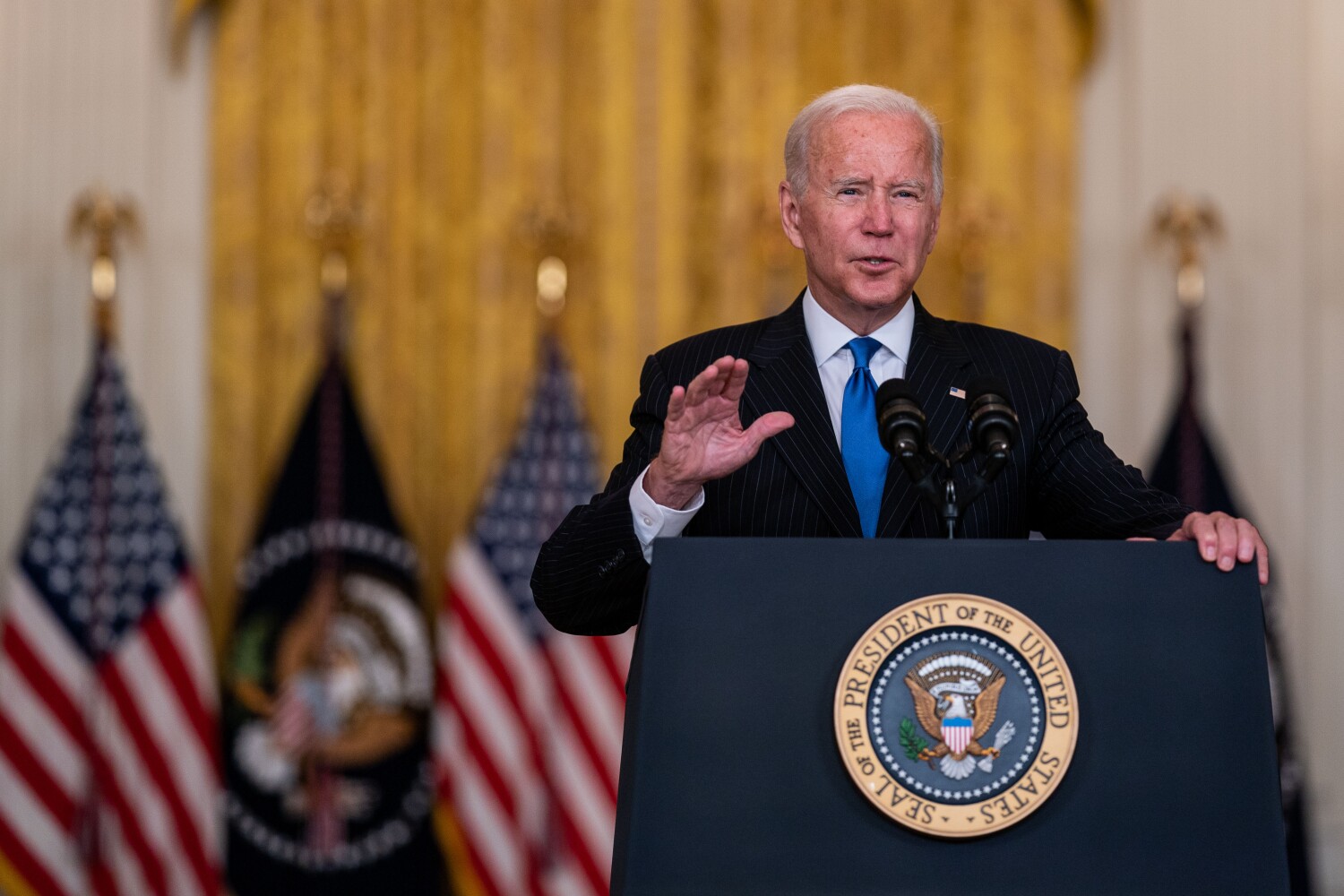 The Biden administration believes that mandating COVID-19 vaccines is the best way to reduce unnecessary hospitalizations and deaths and get the US economy back to a more solid footing.

President Biden has announced a wave of vaccine requirements, the most widespread of which will affect businesses with more than 100 employees. That regulation, which is expected to be issued by the Labor Department soon, and other Biden rules could affect two-thirds of the US workforce. Biden said on Thursday that getting a vaccine would “help leave this pandemic behind and accelerate our economic recovery.”

What sort of mandates is the Biden administration issuing?

The broad mandate will affect businesses with more than 100 employees. Under a rule proposed by the Department of Labor’s Occupational Safety and Health Administration, such companies would be required to ensure that their employees are fully vaccinated or undergo weekly testing for the coronavirus. The scheme will give workers access to paid time off to get their shots and recover from any side effects. OSHA can impose fines of up to $14,000 on businesses that do not comply.

According to news reports, OSHA submitted a proposed rule for approval to the White House on Tuesday, and that regulation is expected to be finalized soon.

Another mandate targets about 17 million healthcare workers: The Department of Health and Human Services is preparing a regulation that would affect workers at about 50,000 providers, including hospitals and dialysis centers, that would receive Medicare and Medicaid reimbursement, according to the White House. Receive.

According to analysts at Goldman Sachs, Biden’s requirements will affect about 25 million unvaccinated American workers and could be vaccinated to 12 million people, or more than 3% of the total population, by March. Analysts found that the requirements could bring the rate of partial immunization among the total US population to 82% by mid-2022. Analysts write that about 90% of adults will have at least one dose of the vaccine.

Why is Biden seeking a mandate?

The Biden administration was initially optimistic that vaccine rates would rise without a mandate. But the more infectious delta variant caused an increase in cases while vaccination rates declined. Since spring 2020, the coronavirus has killed more than 716,000 Americans. A surge in cases and a massive death toll turned the White House’s count on the mandate.

“The nation is in a very critical phase as we work to turn COVID-19 around,” Biden said on Thursday. So far, about 77% of eligible Americans have received at least one shot, and about 66% are considered to have been fully vaccinated, according to federal statistics.

Why is Biden trying so hard to sell the mandate?

The president has faced stiff resistance from Republicans in seeking to enforce vaccine requirements, and his mandate is expected to face legal challenges.

Republican-controlled states have also tried to derail that mandate. Texas Gov. Greg Abbott issued an executive order Monday that bars all entities, including private businesses, from enforcing a vaccine mandate. Earlier this month in Arkansas, lawmakers approved a measure that would create exemptions for workers facing mandates.

How do people see the plan?

According to a survey by the Associated Press-NORC Center for Public Affairs Research released last month, half of Americans approve of the OSHA plan. While 51% say they approve of the plan, 34% disapprove and 14% hold neither opinion.

Support for the plan shows the party’s allegiance. While 77% of Democrats support the plan, 62% of Republicans disapprove of it, the poll found.

How do companies feel about the mandate?

Even before Biden announced the OSHA rule, large corporations were implementing their own mandates. Many business leaders have said the mandate would bring workers back to offices and factories, and boost profits.

According to the White House, when Tyson Foods required workers to get the vaccine in August, less than half had received a shot. By the end of September, more than 70% of its employees had got at least one shot. The food giant gave workers until November 1 to comply with the policy.

Other corporations such as Cisco, Delta Air Lines, CVS Health, Google and Goldman Sachs have a variety of policies that either encourage or require workers to be vaccinated. Some policies allow exemptions for workers for medical or religious reasons.